Are you from Destructoid TV? Let's talk 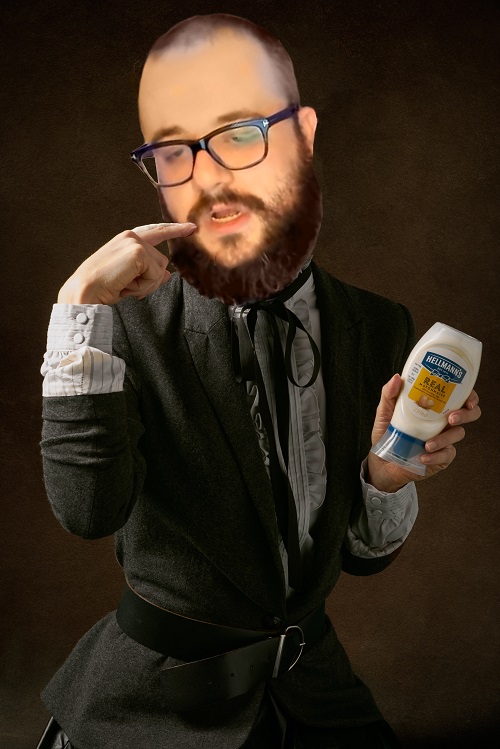 I welcome you to the
DESTRUCTOID.TV
hangout thread

If you are here by mere curiosity, I guess an introduction is in order:

Back in September 2018, Destructoid decided to start streaming again on their Twitch channel, and from the Mayonnaise heavens came a man that names himself Dreezy.

Well, actually DreezyOfficial4. As if the previous numbers were taken for some reason, just ignore that.
In fact, he introduced to us by waxing himself in another channel. Talk about being weird.

Since then, he has entertained thousands by playing averagely all kinds of games (well, mostly first person shooters and battle royale games), screaming at the point of breaking one of his mod's headphones and doing crazy stunts like eating a whole pack of crackers to stop playing his favorite game (Troll and I), drinking gravy from a straw, making a giant maze of hamsters' cages in Animal Crossing and more!

After 8 months, the community has been growing stronger and the stream are starting more latter, and guess what?
YOU ARE WELCOME TO JOIN!

With that said, I welcome you to start a thread here to share stuff related to the streams, such as suggestions, clips, funny moments and other stuff.

Why play PUBG or Fortnite when you could be playing the seminal 1981 Asteroid-like hit Mine Storm for the Milton Bradley Vectrex! Did Creative Computing's own David H. Ahl call battle royale games "simply magnificent"? I think not. Does PUBG have a whole four (4) different types on mines to avoid while racing around in your spaceship? No! The winner is clear, and I shall not rest until the Vectrex, the greatest console to ever grace our greasy gamer hands, is vindicated.
Reactions: PhilKenSebben, Derpunkel, LaserPirate and 1 other person