FakePlasticTree said:
Snow Crash is great for its intriguing themes and sci if setting though not very character based, I was thinking about picking up his book Diamond Age too, and maybe some of George RR Martin’s sci if books.
Click to expand...

The Three-Body Problem is one of the best sci-fi books I've ever read and it's not character-driven either; I still need to finish the trilogy! From GRRM's sci-fi collection, I only read The Nightflyers. Can't say I loved it, but it's a short read, so may be worth a read.

After watching the Swedish movie adaptation and reading that the book was more intense, I decided to give it a go. Let the Right One In by John Ajvide Lindqvist is, indeed, bloodier and more uncomfortable than the film (the scene when Virginia, the newly-turned vampire is attacked by the cats was one that stood out for me as being far gorier in the book!). The vampire mythology and the relationship between the characters are better explained here, especially Eli and Håkan, a partnership that wasn't so well explored in cinema. The cast is quite good, both names I already knew and the "expanded" names that I got the chance to meet now in throughout almost 500 pages. It's funny, in a tragic way, how every character is miserable but have a little something that makes them not a complete waste. Human, all too human!

Being such a lengthy book, the film had to cut passages. This has both positive and negative sides. There were some events that I thought would be nice to have kept (Håkan's "zombification" is the best example here) while others did help the flow of the story. In my opinion, the novel suffers from some unnecessary PoVs (squirrel scene, anyone?) and also spends unnecessary time in plots and characters that are not really important to the narrative. Håkan's character is another one that I think overstayed its welcome in the first half of the book. And yes, having the Swedish actors' images in my mind, I was quite shocked to find out that Eli is in fact a boy, another detail omitted by the film. Not sure how I feel about that. But as some people said, coincidence or not, Let the Right One In is kind of an anti-Twilight, and I can totally respect that!

Little annoyances aside, I'd give Let the Right One In 4 out of 5 stars! 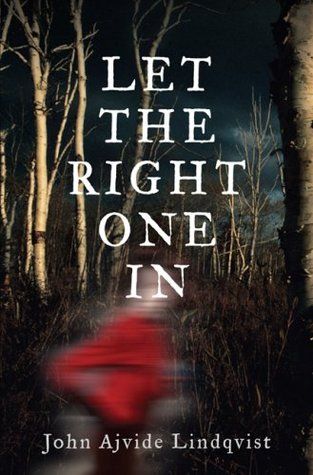 Another book worth mentioning is The Midnight Library by Matt Haig, considered one of the best fantasy books of 2020. Honestly? I expected more. There are stories that you start reading and you know what to expect; you might even guess the ending early on. When it happens to me, in most cases I can still be surprised by how the events unfold to lead to the climax. The Midnight Library was not such a case. It is a fluid, engaging and inspiring reading. However, it did not bring any surprises (to not be completely unfair, Nora meeting another "slipper" was unexpected, but while the character has its function in the protagonist's development, I wish this piece of the story had been further developed) or sections of tension when I had those "What's going to happen with the character now?!" moments.

It's a simple story with a good message (hammered into the reader a bit too much), I just expected a little more depth - 3,5 stars! 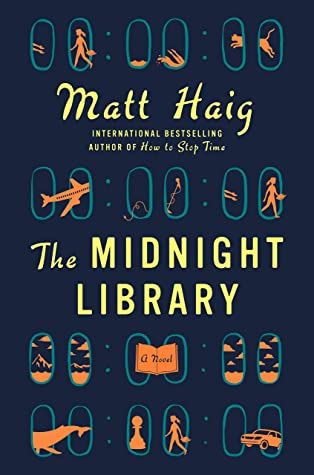 By recommendation on this thread I started to read Escape to Pirate Island by Niahm Murphy and I enjoy it a lot, very unusual story. Also read yesterday a very curious article about Spain investment citizenship https://tranio.com/spain/passport/. I didn't know about it.

Mudero said:
By recommendation on this thread I started to read Escape to Pirate Island by Niahm Murphy and I enjoy it a lot, very unusual story. Also read yesterday a very curious article about Spain investment citizenship https://tranio.com/spain/passport/. I didn't know about it.
Click to expand...

Escape to Pirate Island was one of the best books I read last year! If you like it, you should try Fingersmith by Sarah Waters (and other books by her as well, she's great), it was one of the inspirations for Pirate Island in terms of "style".
Also, luckily I already have a Spanish citizenship because of my grandfather and my mother x)

After hearing a lot about Murakami and being enticed by this book's premise, I really wish I could've given it more stars. This is my first Japanese book, and I confess I don't have great knowledge about Japan's culture, two factors that may have contributed to a lower score. However, upon reading a few reviews, I believe that most of the issues I had with the story are "international issues". 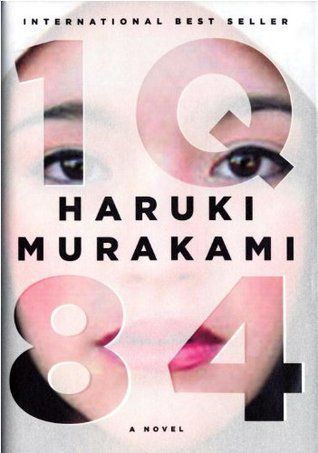 This edition, containing the three books that form the 1Q84 trilogy, starts quite promising with the first book and a handful of intriguing plots, points of view and dialogue. I looked past things that bothered me a bit in that first portion because, certainly, they must serve a purpose. Right? Wrong, and this sense of aimlessness, of lack of purpose, of - borrowing Murakami's overused expression - "vacuum", is 1Q84's greatest crime.

The fantastic elements are compelling, but just like in the fictional novel Air Chrysalis, they lack depth. The romance between Tengo and Aomame, which should've been the focus of the story, is not only unbelievable (in the bad sense of the expression) but also is left hanging during almost the whole story and, as predicted, ends up devoid of emotion - and this is especially painful for someone like me who adores soul mate stories. The sex scenes and general erotism rank among the worse I've ever read and I'm not ashamed to say I skimmed past most of those scenes; it's not like they serve any (narrative) purpose anyway. In short, in almost one thousand pages, Murakami says and shows virtually nothing. 1Q84 could've easily been told in two books, especially when you consider the nothingness that was the third book. And still, I read all of those pages (well, technically all of them). Murakami does know how to write. The problem is just that he didn't have anything to say here or, caught up in the mess of his own creation, forgot to include a meaning. And this just makes the whole reading sadder.

I just finished reading Stories of Your Life and Others, a sci-fi/speculative fiction collection of short stories by Ted Chiang. I picked it up after rewatching Arrival, which is based one of the short stories, and having it bend my mind and then wanting to understand it better.

The stories are based in various fictionalised versions of our world where something major is different, or is discovered, and how it affects people. Examples are a biblical era Tower of Babylon scenario in which people build a colossal tower in an attempt to reach Heaven, an experimental drug that gives a man hyper-intelligence, and an alien language that changes a linguists' perception of time (the basis for Arrival).

I decided to try decreasing my "brain age" by learning to focus by reading books. Started it easy, Ari Turunen's "Ettekö te vieläkään tiedä, kuka minä olen? - Ylimielisyyden kultainen kirja" (2021) ("Do you still not know who I am?" - The golden book of arrogance"), a follow-up to his earlier "Ettekö te tiedä kuka minä olen" (2010), "Do you know who I am? - A history of arrogance") I consider it fair to describe it as a collection of anecdotes somewhat related to a chapter title (such as "Arrogance stemming from ignorance" and "The rules don't apply to me". The anecdotes tell mostly about various politicians and celebrities, both present and past. Very much in line with Turunen's earlier books, and I would have appreciated if the references were listed even per chapter (and consistently referred to in the text) instead of them all in alphabetical order at the end of the book.