So I started playing fairly regular D&D games with my friends over Roll20 a long time ago and ever since I started DMing for the group I've been using Dungeon Painter Studio to whip maps together for various encounters. I thought some might like to see what I've created for funsies, and maybe see what can be done with the software.

First is one I've done pretty recently. It's the main room of the tavern in my current game. If you've ever used DPS before you might recognize some of the decor. I can see some not enjoying this particular aesthetic, as my tiles and objects are cobbled together from a variety of things I picked up in the Steam Workshop. Thus the varying quality, reuse of some things, and general ugliness. Sometimes you have to resize something to get it to fit where you want your players to see it, and the results can be somewhat mixed. My goal when I make one of these is to make sure my players can identify the things of importance on the map, like the bar, or the stairs.

If you're wondering about the shadowy blob down the left side of the room, that's my best attempt at filling in a shadow to represent the balcony floor above. I let my imagination guide me a lot when I'm scribbling maps out in my grid paper tablet, and sometimes that leads to unrealistic ideas about tavern rooms. It gives the place some character. This is one of five pieces used to construct the whole tavern in Roll20. Not pictured are the basement, bedrooms, kitchen, and second floor. But I may share more in the future. 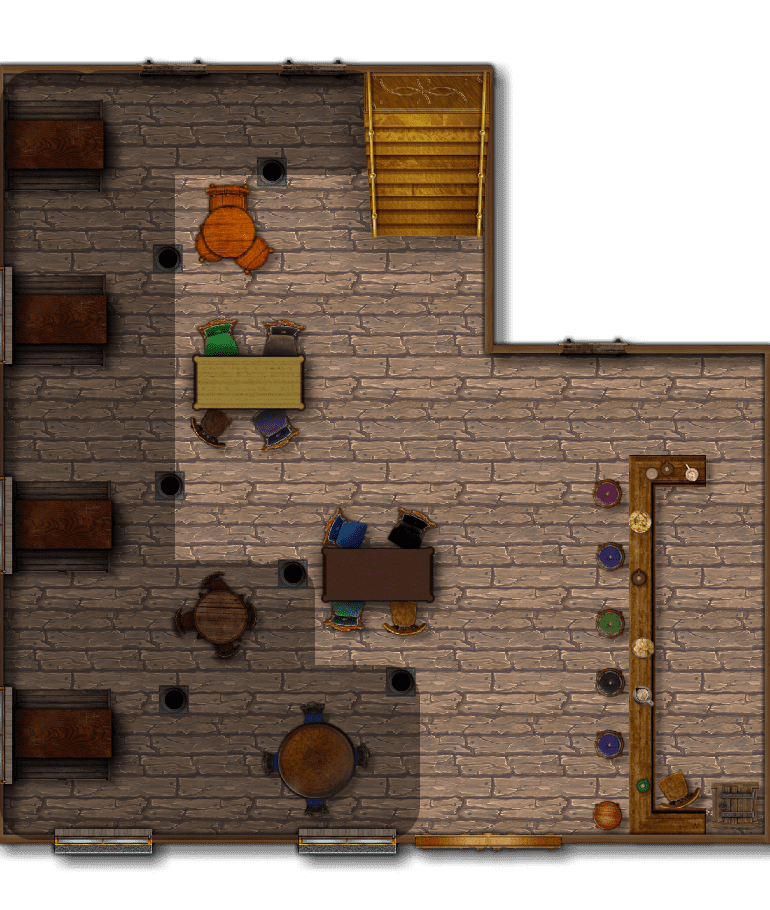 Never heard of DPS. Definitely gonna check it out when my buddies and I can start getting together regularly again for D&D.
Reactions: zatoseyes

I'll have to look into DPS as well. I'm DMing a group too, and even though I'm using a module, replicating maps sounds better than scanning artwork from a book and trying to keep it perfectly aligned to Roll20.
Reactions: zatoseyes

I'll have to look into DPS as well. I'm DMing a group too, and even though I'm using a module, replicating maps sounds better than scanning artwork from a book and trying to keep it perfectly aligned to Roll20.
Click to expand...

I highly recommend this. But mainly because I like my maps to look really clean when I upload them into Roll20 and a lot of pre-made maps for modules already have gridlines on them and some aren't the right resolution and can look kinda fuzzy when uploaded. That being said DPS is a bit jank sometimes. There's a big update on the horizon, so hopefully that addresses some of the problems I've had as well as adding the big lighting features they were teasing.

Here's a couple of pieces for the dungeon I re-did in DPS from the Shattered Gates of Slaughtergarde. 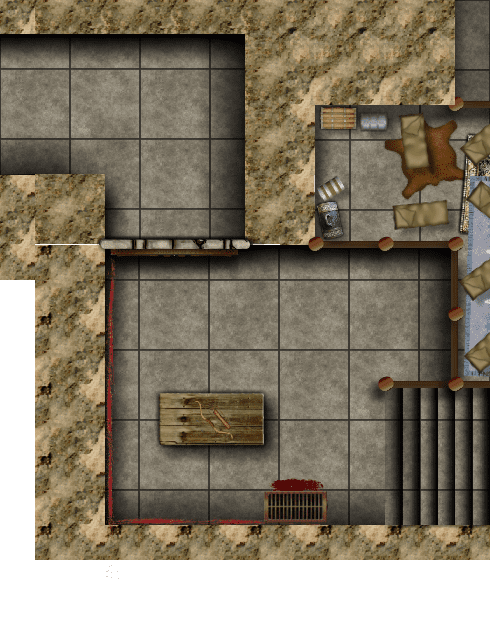 Here is the "Operating Room" from the first dungeon of that module. It's described as having tools and implements along one wall that constantly ooze blood, so I wanted to make sure that was reflected in the map so the players would instantly notice and want to investigate. It definitely worked, and now our Kenku Samurai has nightmares because he touched said oozing implements. Isn't that great?

Roll20's file size limitations are a pain in the ass, but it's pretty easy to chop maps up and piece them back together without compromising the resolution. DPS is good for this because when you export your maps you get this interface that lets you highlight a specific piece you want to clip out. So if the map you made is too big, you can chop it into smaller pieces pretty easily. 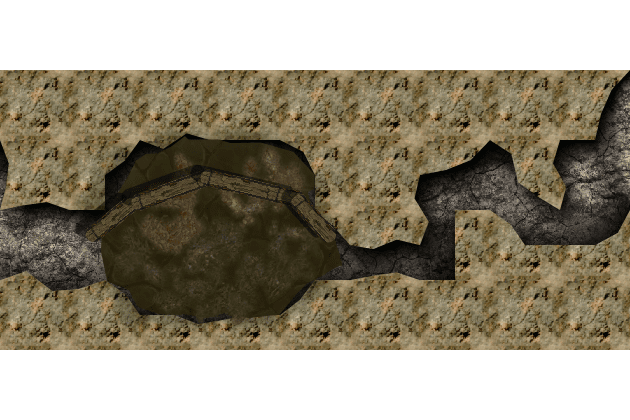 And this is to show that you can do more than just floor plans. There's tools that allow you to create jagged borders on floor tiles so you can get that raw cave aesthetic. I did this by painting over a larger rocky floor and then adding some depth to it using an internal shadow effect. The muddy pit part was made from layering a transparent water tile over some dirt and changing the tint to a gross greenish brown, then I used a dirt tile to make little islands to support the same 4 wooden wall lines (enlarged to make them look more like wooden planks) so there would be a walkway over the disconcerting muck that may or may not have been a spawning pool for goblins.
Show hidden low quality content
You must log in or register to reply here.
Share:
Facebook Twitter Reddit Pinterest Tumblr WhatsApp Email Share Link
Top Bottom